Things to Do in Gran Canaria

Not much to elaborate on this – most people come to Gran Canaria primarily for the beach, the sand, the sun, the waves, and various beach and water sports and activities.

The island offers surfing locations of diffent character and difficulty level. There are surf schools in Maspalomas, Playa del Inglés, Arguineguín, Las Palmas, and other locations. There are surfing spots all along the coast of Gran Canaria (except the west coast).

Canary Islands are a great diving destination, with clean water and plenty of marine life. There are many diving spots off Gran Canaria south coast. Several companies arrange diving tours for divers of all levels from the bigger tourist towns.

Most of these are concentrated near the biggest tourist centre, Maspalomas and Playa del Inglés.

Various cruises can be arranged from the tourist towns in the south.

Hiking and Walking in Gran Canaria

Next to the beach and the water activities, hiking and walking is probably the second biggest reason why people come to Gran Canaria. There are lots of marked trails in the inlands and in Tamadaba National Park (on the west coast). Probably the most popular hiking trip is that to the island’s second highest mountain, Roque Nublo. 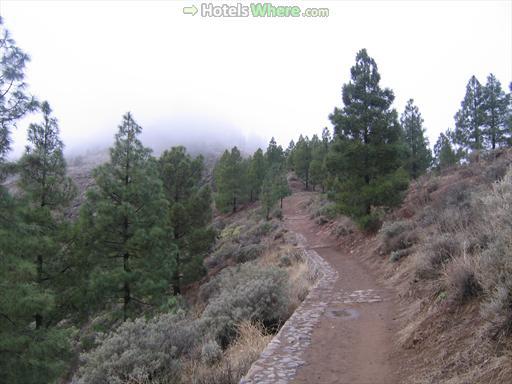 On the way to Roque Nublo (it means “Clouded Rock” – and it is).

Driving and Trips by Car

Although not the most environment-friendly activity available, car trips are great, especially if you like mountains and panoramic views. Because of the big size of Gran Canaria, you can only see a small part of it without a car. Car rentals are quite cheap and easy to find in the tourist towns. Another alternative is taking a bus, but in that case you can’t stop to look around and take pictures where you want. 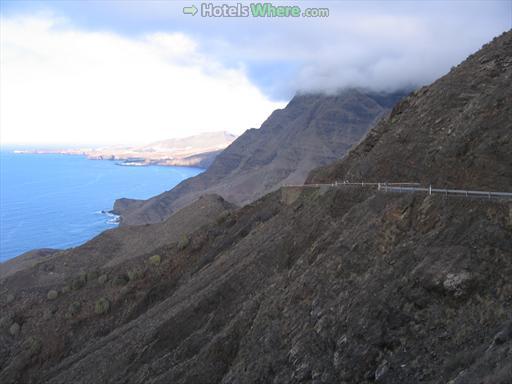 One of the best drives in Gran Canaria (and the world) is the west coast road (GC 200) between La Aldea and Agaete.

Except for the corso along the beach, it’s hard to find a flat path or road in Gran Canaria. Roads on the island are hilly and full of serpentines, which make cycling very enjoyable, but also physically demanding. Professional cycling teams come to Gran Canaria and the neighbouring Tenerife to train in winter. There are also many mountain biking trails in the inlands.

If you are staying in or near Maspalomas or Playa del Inglés, make a trip (by bike or car) to the Ayagaures Valley and Ayagaures Dam – roads GC-503 and GC-504. 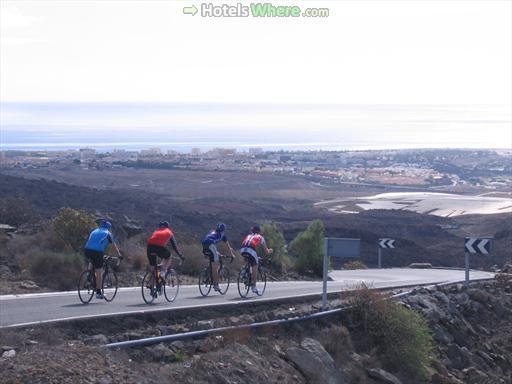 Cycling on GC-503 near Maspalomas.

There are many cities and villages with some Canarian charm, typical architecture, and “monuments”. Particularly the following are worth a visit:

Trips from Gran Canaria to the Other Islands

Gran Canaria is big enough and has enough attractions and things to do to keep you busy even for several weeks of holidays, but if you want to make a short trip to one of the other islands, it is possible. The most obvious targets are the nearest islands: Fuerteventura, Tenerife, and maybe La Gomera. You can get to there either by plane (from Gran Canaria Airport) or by ferry (from Las Palmas or Agaete).