The surface of Gran Canaria is hilly and rocky, because the island has volcanic origin and geologically it is not that old (only several millions of years – not much for an island). However, Gran Canaria is still older than some of the other Canary Islands (Tenerife, La Gomera, La Palma, El Hierro) and it is at a later stage of erosion. 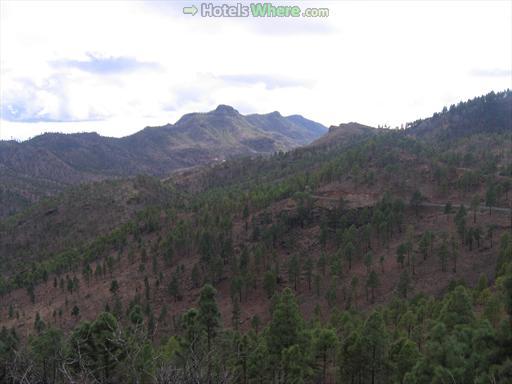 These kinds of hills and pine forests are quite typical for Gran Canaria and Canary Islands in general. You can find trees at medium altitudes, usually between 700 and 1,000 metres above sea level. 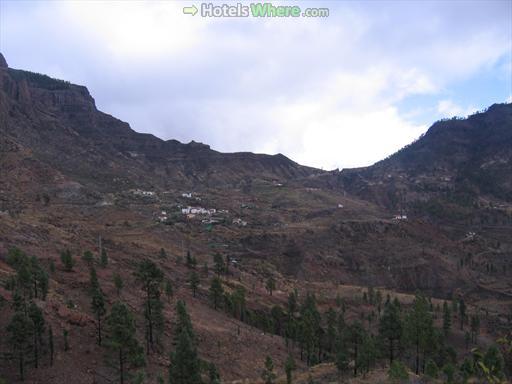 Towns and villages are quite scarce in Gran Canaria inlands. When there is a village away from the coast, it is usually very small. 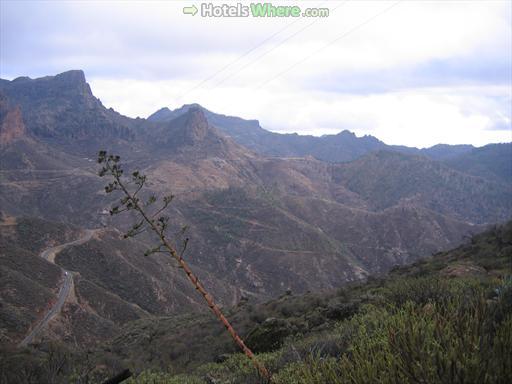 The landscape of Gran Canaria inlands. The island has volcanic origin, but has already undergone massive erosion. 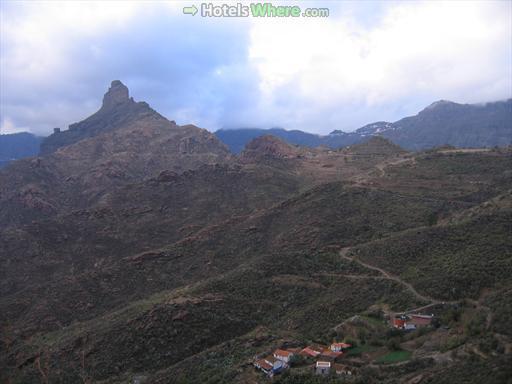 Access to some villages in the centre of Gran Canaria is not easy. 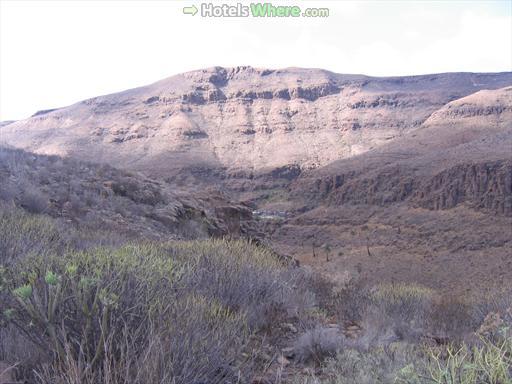 In general, the south and east of Gran Canaria is arid, because rain doesn’t get here very often. The west and especially the north get a bit more rainfall and the landscape looks greener there. This picture is from the south of Gran Canaria. 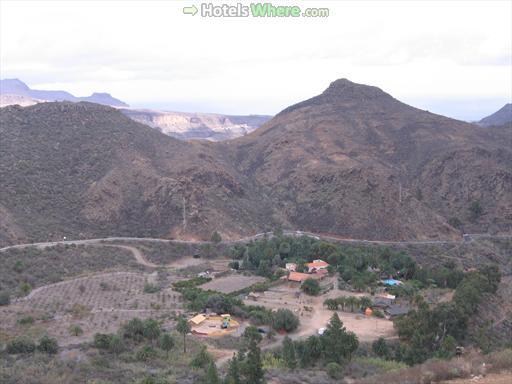 Even in the dry parts of Gran Canaria there are some places with lush vegetation. Not surprisingly, you can find houses and villages in the same places. 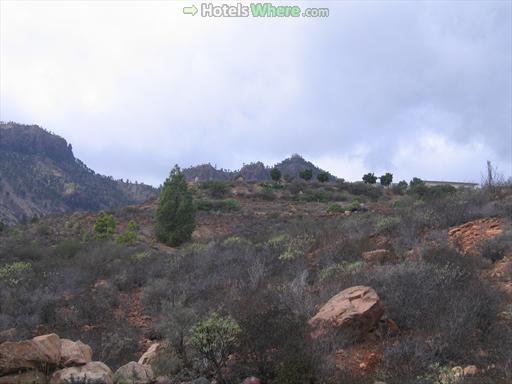 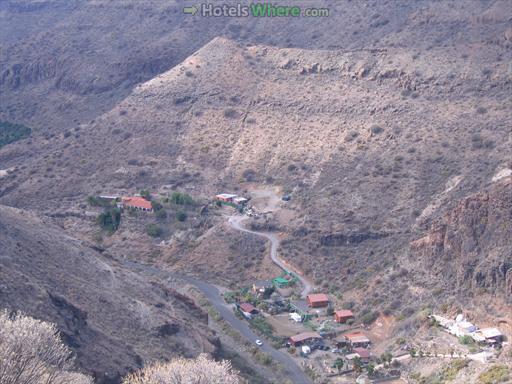 The southern part of Gran Canaria around Maspalomas and Playa del Ingles is very arid, because it doesn’t rain often here. As a result, you will often see pictures like the one above in south Gran Canaria: a deep valley or a hill with only a few village houses and a few trees, and all around just rocks.