When non-Muslims refer to Koutoubia Mosque, the largest mosque in Marrakech, they often have only its tall minaret in mind. Entrance to the mosque is forbidden for non-Muslims like in most other mosques. The Koutoubia minaret is (maybe besides the main square Djemaa El Fna) the most popular and most significant landmark of Marrakech. You will find it on most postcards and tourist pictures of Marrakech. 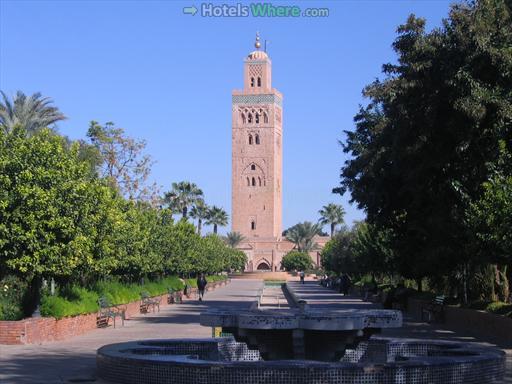 Koutoubia Minaret as a Point of Orientation

Koutoubia minaret is 69 metres tall. It is visible from many places in the city and therefore can be a useful point of orientation when you get lost (especially in the medina). Koutoubia Mosque has perfect location virtually next to the main square, Djemaa El Fna. There is a broad street where (unlike in the medina) car and bus traffic is possible (Avenue Mohammed V) and many tourists arrive to Marrakech medina at this place. Be very careful when crossing this street though (watch the cars and not the minaret) – the traffic in Marrakech can seem rather unorganized to a foreigner. 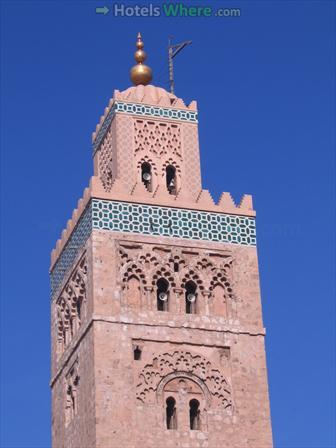 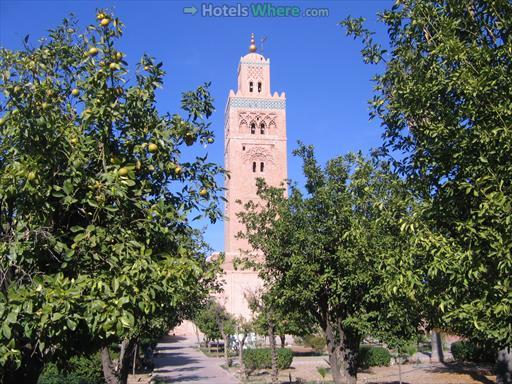 Koutoubia Minaret behind trees. The picture was taken from the small park on the southern side of Koutoubia Mosque. 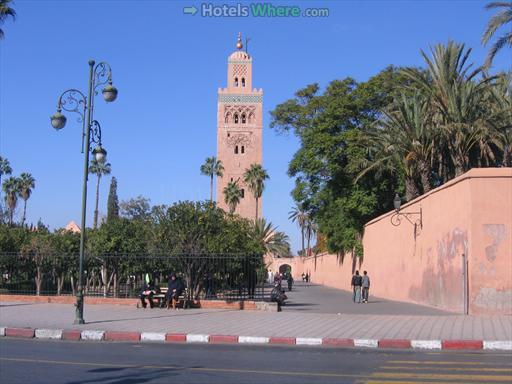 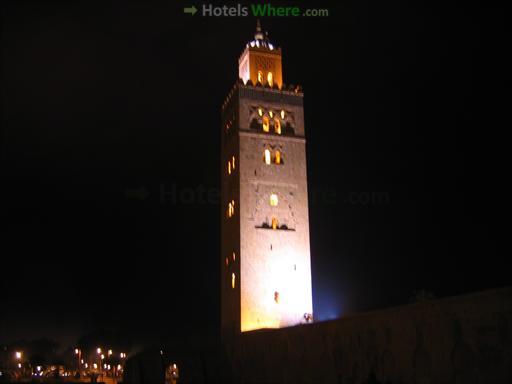