The Port of Dublin is located in the eastern part of the city, around the place where the River Liffey enters Dublin Bay. You can easily walk from Dublin city centre (e.g. Custom House) to Dublin Port along the river in about 15 minutes.

Dublin Ferry Terminal (Ferryport) is also a part of Dublin port complex. It is situated next to The O2 and East Link Toll Bridge. It is in fact the closest to Dublin city centre of all parts of Dublin Port. 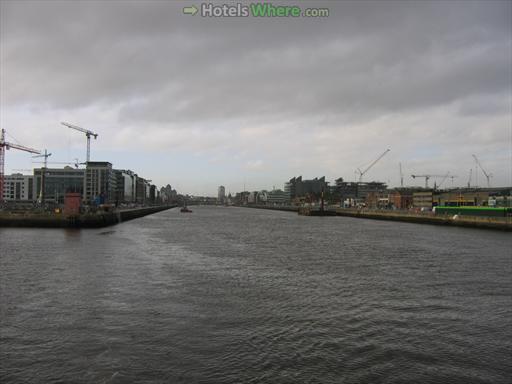 Dublin Port, looking from east (sea) to west (city centre). The River Liffey is in the middle. 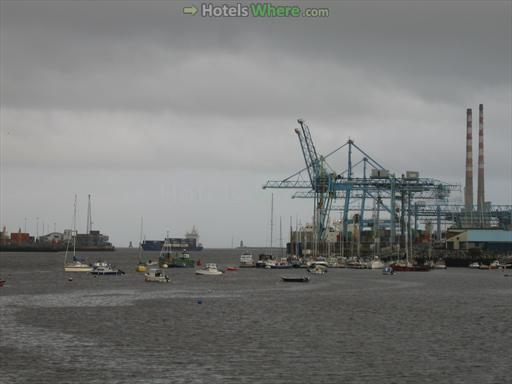 Naturally, you can see a lot of containers and other cargo, various cranes, and also the two characteristic chimneys of Poolbeg Power Station (on the right side of this picture). 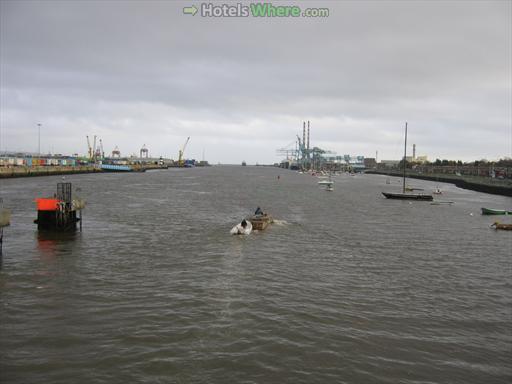 Dublin Port, looking west to east (from the city centre and the River Liffey to Dublin Bay). 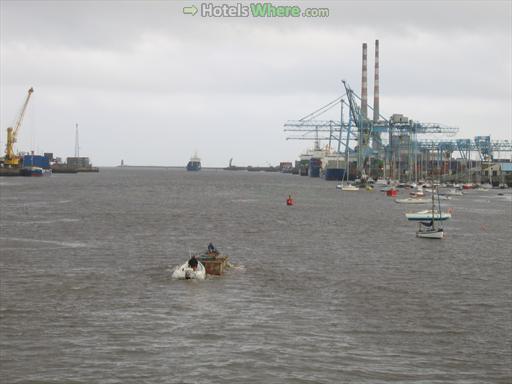 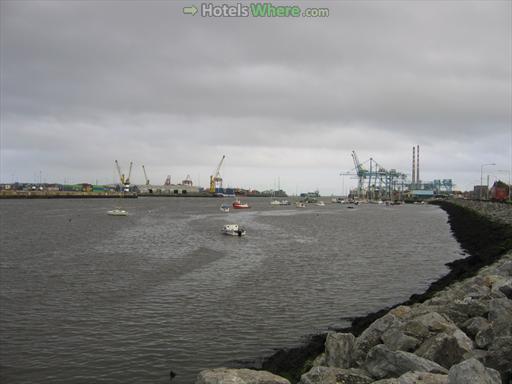 Dublin Port from the Other Side (Great South Wall) 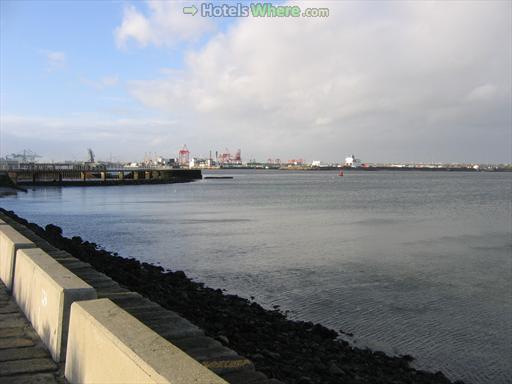 On the sea side, there are two long walls protecting and separating Dublin Port from the open sea. In the north it is the North Bull Wall and in the south it is the Great South Wall, also called South Bull Wall. These pictures were taken from the latter. 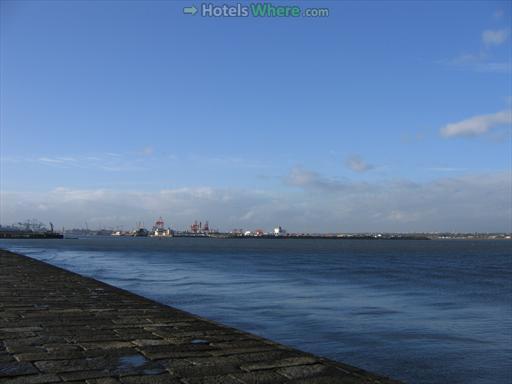 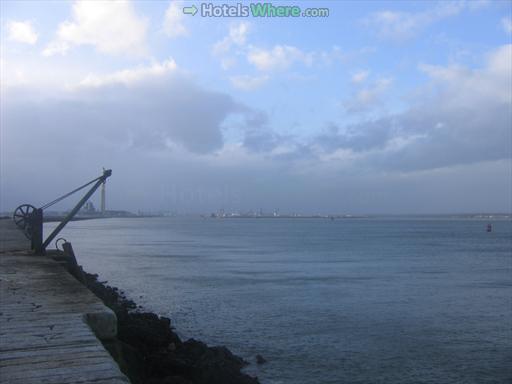