Poolbeg Lighthouse is one of the two lighthouses at the entrance into Dublin Port in Dublin Bay. 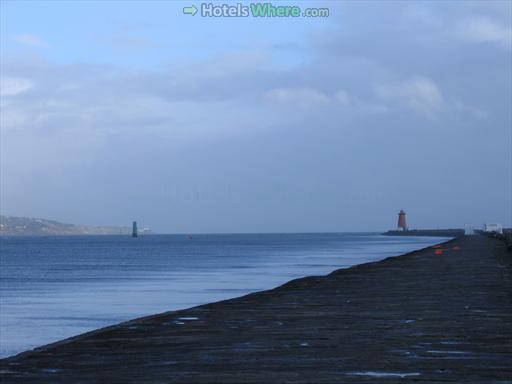 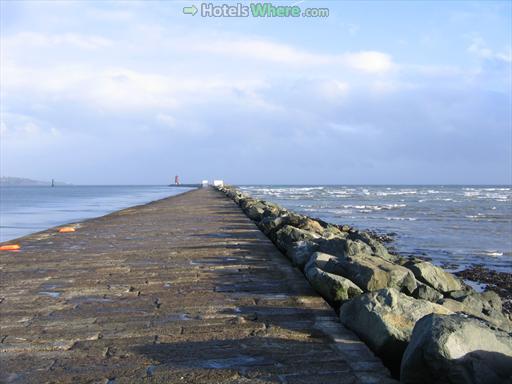 This is the Great South Wall, also called South Bull Wall. It stretches from Ringsend (a part of Dublin in the east) into Dublin Bay for almost 4 miles. It was built in the 18th century, addressing the silting problem in Dublin Port. At the time of its completion, the Great South Wall in Dublin was the longest sea wall in the world. It still remains one of the longest sea walls in Europe at present. 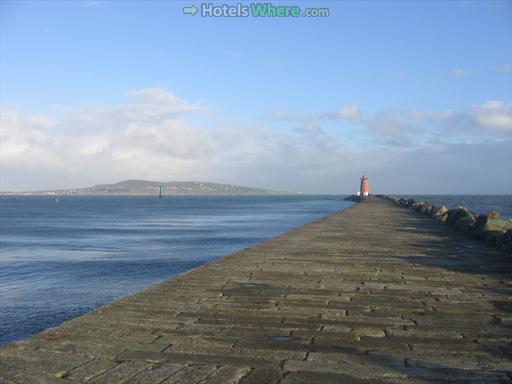 The sea (eastern) end of the Great South Wall with the Poolbeg Lighthouse. 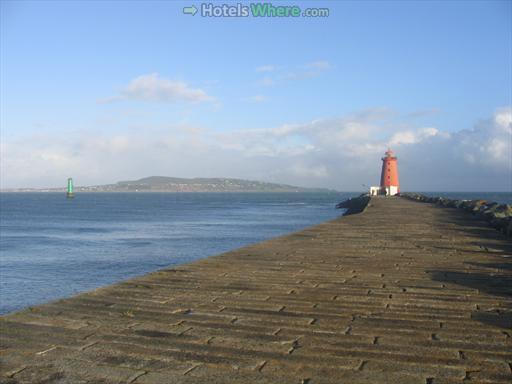 When approaching the end of the wall, you can see more details of the Poolbeg Lighthouse design. It is painted red, with some lower parts of the structure in white. 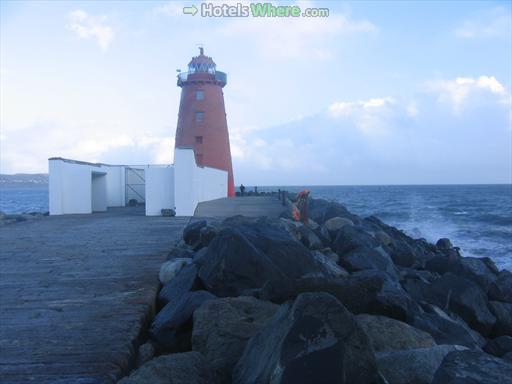 Althought it doesn’t seem so from a distance, the lighthouse is quite tall. 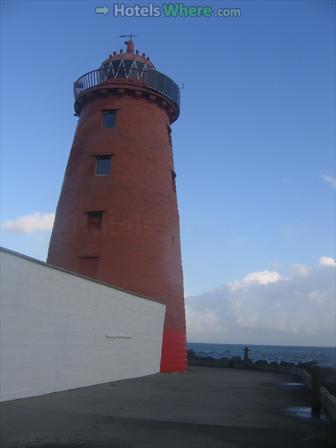 You can go up to the very foot of the lighthouse. Often you will see big waves on one side and calm water on the other. 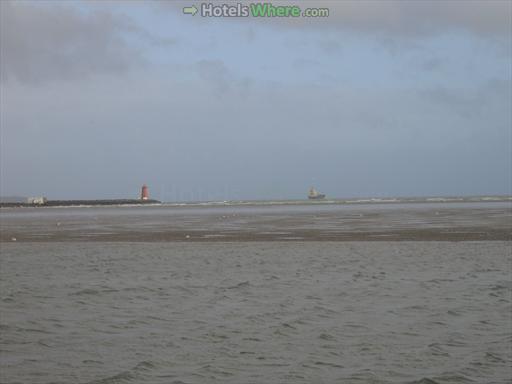 This is how you can see the Poolbeg Lighthouse from Irishtown, an eastern part of Dublin between Ringsend and Sandymount. The bay is shallow here and the difference between the high and low tide is quite big.