A souk (which may also be spelled souq) is a traditional open-air market that you can find in the streets of old towns in Arab or Berber cities. The souk in Marrakech is among the largest in the world.

Marrakech medina is dominated by trading activity – and it has been so for centuries. Although the focus of Marrakech souks has partly shifted from traditional economy to souvenirs and other goods targeted at tourists, walking (and getting lost) in the souk is still a good part of Marrakech experience. 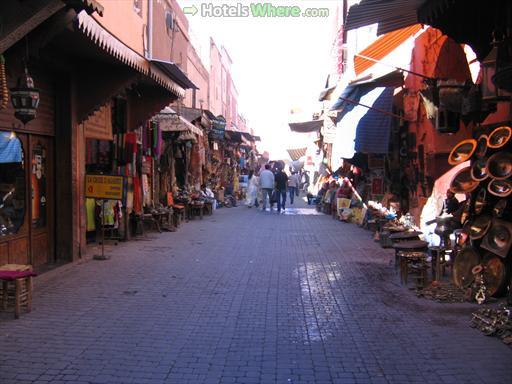 This street in Marrakech Souk feels a bit more organized and less crowded than the average.

Souk Location and Structure in Marrakech

The souk occupies a big part of Marrakech medina north of Djemaa El Fna (the main square) – the most intense part is between the Djemaa and Ben Youssef Madrassa. In general, the places closer to Djemaa El Fna are more tourist-oriented, while the parts of the souk further to the north have higher share of products for local use, including vegetables and other food. 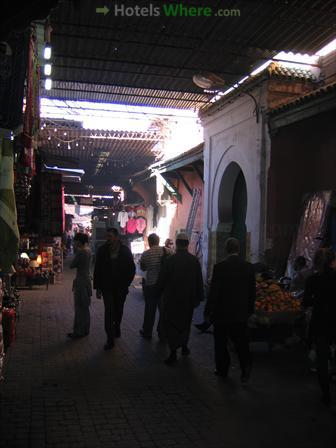 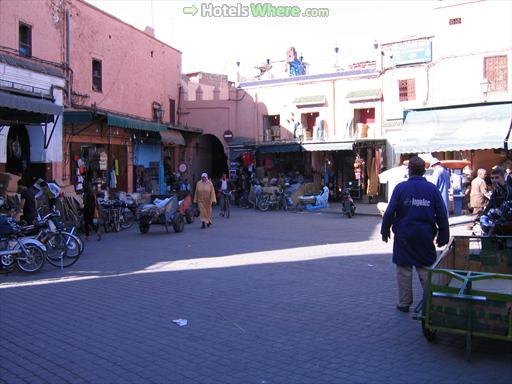 In the north of Djemma El Fna, there is a passage to another much smaller triangular shaped place (on the picture), which is a good entrance point to the Souk (the little gate in the back). 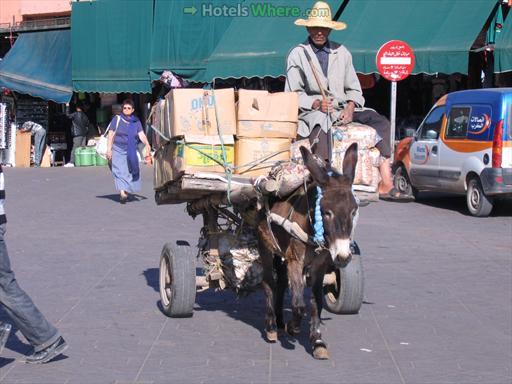 Meeting a fully loaded mule is not uncommon in Marrakech Souk. If you meet it in a narrow street (not like this), it can cause quite a congestion. 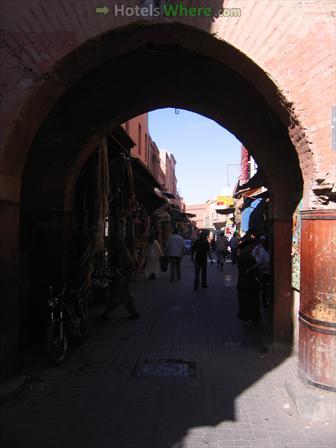 Gates like this one can serve as excellent points of orientation. It is very easy to get lost, especially in the narrower streets in the Souk, where the street feels like one big shop. 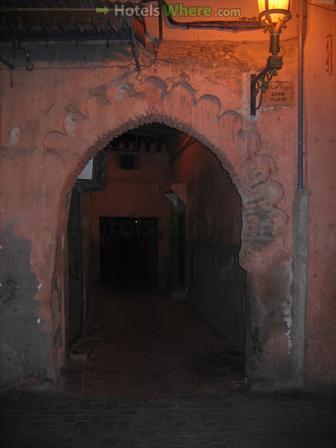 Marrakech Souk at night (entrance to Derb Tijani). I haven’t experienced any problems walking in the souks at night. I would even say that the orientation was easier after midnight, as the crowds and the shops disappeared and you could pay more attention to remarkable features of the architecture and identify orientation points.