Oslo is nicknamed “the tiger city” (Tigerstaden), which according to the locals is a warning that a visit to Oslo leaves a few scratches on you. You will find tigers in various forms in many places in Oslo.

The most obvious one is the big tiger statue at Jernbanetorget in Oslo city centre. This tiger is also the first one you are likely to see when coming by train, because it stands just in front of Oslo Main Train Station (Jernbanetorget means Railway Square). 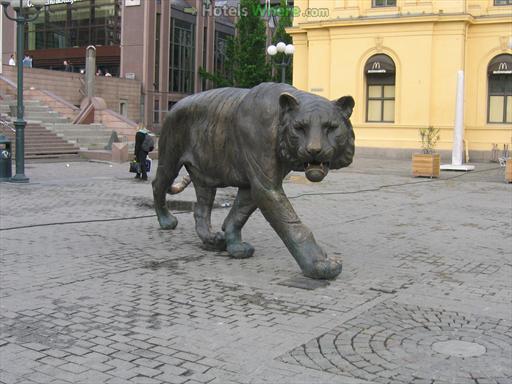 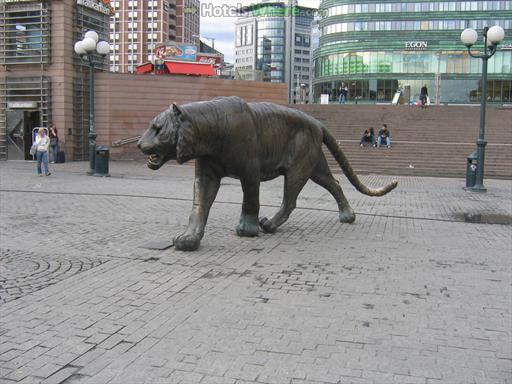 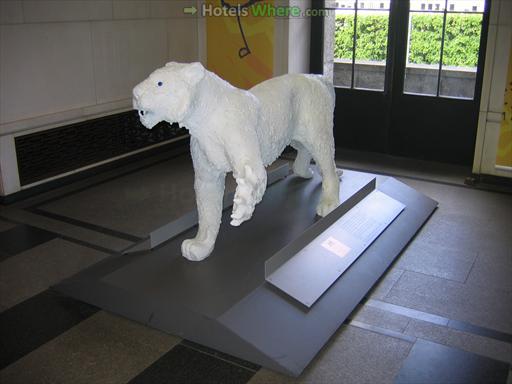 There is also a white Tiger statue in Oslo City Hall (known mainly as the place where the Nobel Peace Price is being awarded every year). You can see more information and more pictures from Oslo City Hall here.