The west coast of Gran Canaria between La Aldea de San Nicolas and Agaete is one of the most amazing sceneries you can see in the Canary Islands (and anywhere else). 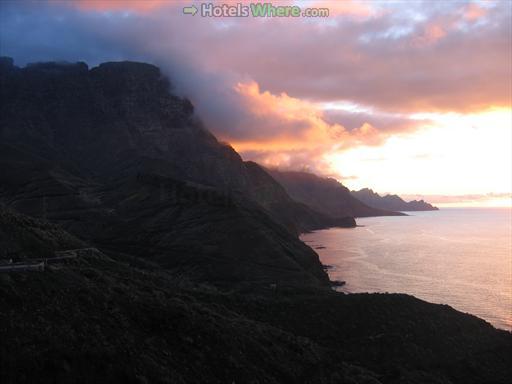 The coast is very rocky here, with cliffs reaching hundreds of metres above the sea level, only occasionally interrupted by a dramatic barranco – a ravine, eroded by water. This part of Gran Canaria is not for beach lovers, but if you like nature (and actually consider rocks nature, which they are), you will enjoy it. 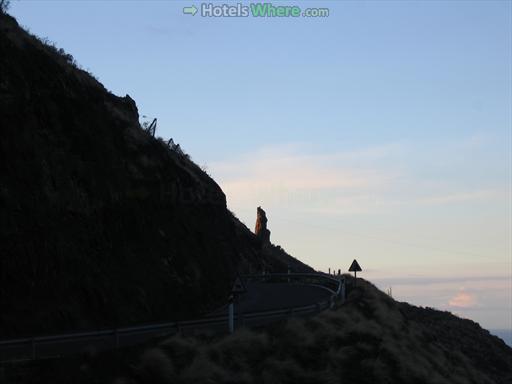 The best time to come to the west coast of Gran Canaria is late afternoon and the evening before sunset. During about one hour around sunset, the cliffs, the sky, and the ocean change colours as the sun is disappearing behind the horizon. A few more sunset pictures follow. 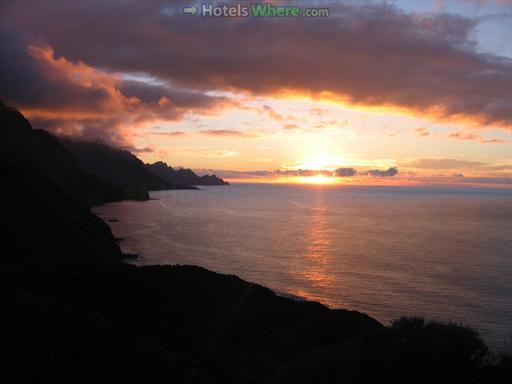 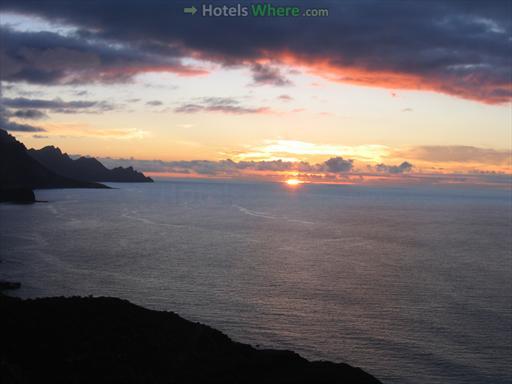 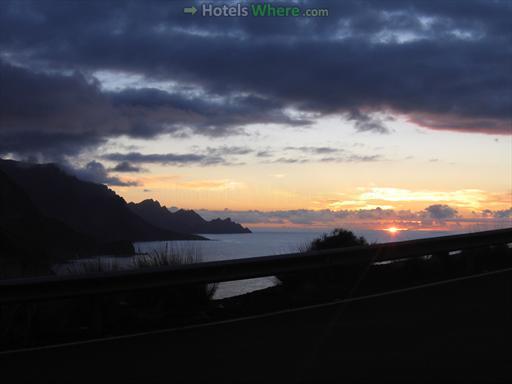 Yes, the little triangle over there is Mount Teide.

Agaete is the biggest town (or to be more precise, almost the only town) on Gran Canaria west coast. It is also the place where you can take a ferry from Gran Canaria to Tenerife, which is well visible from Agaete (namely from its port area, Puerto de las Nieves). 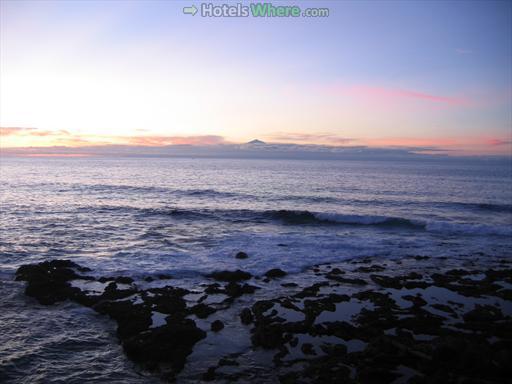 The clouds above the ocean in the distance hint that there may be an island – and it’s Tenerife. You can see Mount Teide rising from the clouds. On other days when there are not that many clouds, you can also clearly see Anaga Mountains (the north-east end of Tenerife).

The same view a moment later: 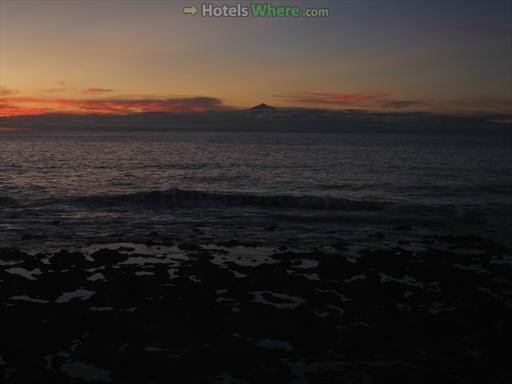 When it gets darker, you can also see the lights of Tenerife towns – the most obvious is Santa Cruz, the capital of Tenerife. Unfortunately, in this case I couldn’t get those lights on the picture. 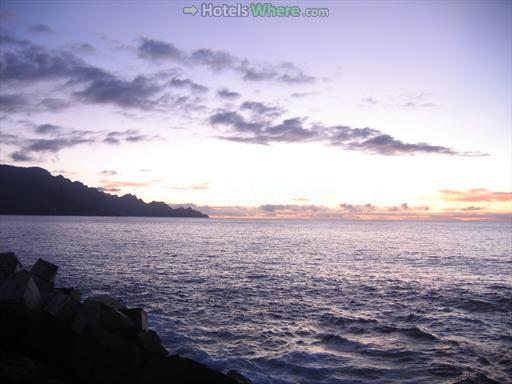 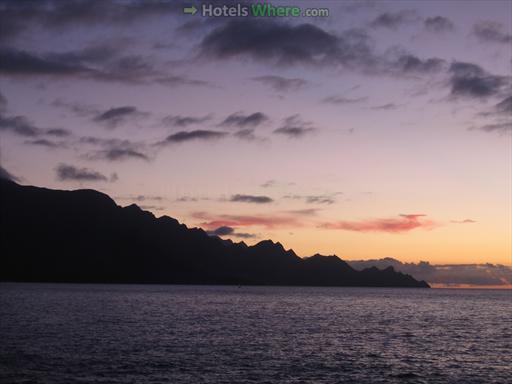 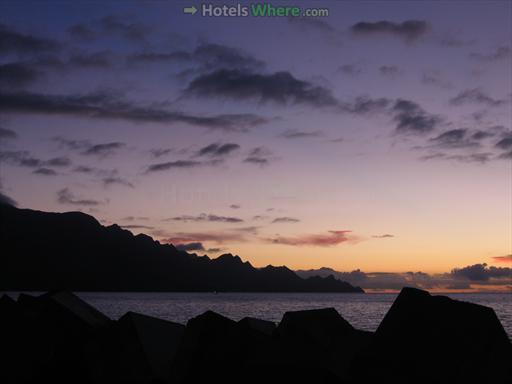 The last photo was actually taken long after the sun has disappeared in the waters of the Atlantic Ocean and barely a silhouette of the cliffs is recognizable. The black things at the bottom are concrete bricks, which serve to protect the port in Agaete/Puerto de las Nieves from waves (these bricks are very common in Canarian and Spanish coastal towns).

Getting to Gran Canaria West Coast

There are regular bus services operating along the west coast (though not as frequent as in the east and south). Nevertheless, if you really want to enjoy the views, come on your own (it is cheap to rent a car in Gran Canaria resorts).

The west coast road (GC-200) is literally carved into the cliffs and will challenge your driving skills. Be careful to plan your trip time-wise – what looks like 20 km on a map can easily become 2 hours, as you rarely exceed 40 km/h and your scenery-admiring and picture-taking stops can get quite long. There are a few designated places where you can stop the car and enjoy the view, and it is impossible in other places, as the road is really narrow.

One final note: If you come by a car and you need to return to the resorts in the south of Gran Canaria after it gets dark, it is much better to take the road to Las Palmas (GC-2) and then the east coast highway (GC-1), rather than trying to get there along the west coast and over the mountains (GC-200).